6 Most Ridiculous Period Myths From Around The World 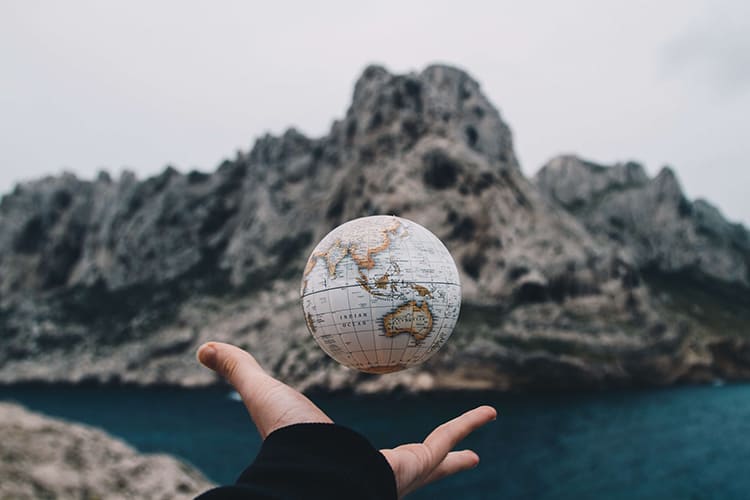 No matter where you live in the world, there are always myths, rumors and exaggerations swirling around one forbidden topic: periods.

Each country has its own traditions and myths centered around menstruation, regardless of whether they are a developed or developing country. Thankfully, attitudes towards periods, and the way we treat them — and even discuss them — have become a lot milder in recent years. However, there are still many places across the globe where women are penalised or ostracized simply for going through a perfectly natural bodily function.

Below, we take a look at some of the most ridiculous period myths from around the world. From scaremongering and logistical inaccuracies to the tragic and the downright bizarre, we cover these myths and the real truth behind them.

6 Most Ridiculous Period Myths From Around The World

Unfortunately, in many cultures around the world, menstruation is still considered “dirty” or “impure.”

One of the countries that this is at its most severe is Nepal. In some communities, women are forced to sleep outside for the duration of their period, living in sheds and huts among the animals. The practice — known as chaupadi —  was technically outlawed back in 2005, but sadly it still happens.

This banishment is dangerous and even life-threatening; it often leaves women without access to clean water and food, warm shelter, and in danger of attack from animals and humans.

There are many cultures around the world that see menstruation as unclean, and as a result stop women from doing things that they normally would — such as going to school, entering a place of worship, or even socialize.

This particular myth is one of the most harmful out there — constantly misrepresenting the period and stigmatizing the women that go through them. Menstruation is not dirty: it’s a natural bodily function that human women — not to mention pretty much all female animals on the planet — have been going through since our existence began.

Tampons have long been considered the single-biggest threat to female purity aside from the obvious.

The myth stems from the concern that using a tampon will break your hymen (a very thin membrane surrounding the opening of the vagina). The hymen has been used to represent feminine purity in cultures across the world for centuries.

Fact check: this might happen if inserting a tampon for the first time, but it might not too. The hymen will stretch or break when it needs to, and this could be down to anything from horse-riding to cycling and without any sexual activity. Some women are even born without them.

The existence (or lack of) of your hymen has absolutely no bearing on your value as a woman, and the sooner we all start dispelling this myth, the better.

It’s totally up to you to use whatever period products you want, whether it’s tampons, pads, menstrual cups or period pants.

There are a few versions of this period myth around the world —  many people believe that bathing and periods are a bad combination.

For example, during menstruation, women in Afghanistan avoid washing their vaginas because it is believed that this will lead to infertility. Combined with the shame of being on your period, and how expensive and inaccessible sanitary pads are, women are left unable to clean and having to use dirty strips of cloth instead.

In other places around the world, taking a bath and having your period isn’t a normal combination. In Argentina, girls are told that if they take a bath, their bleeding will stop — which is bad for your health.

Less severely, even in developed countries like the US and UK, young women worry about leaking during the bath and creating a scene like one you’d normally find in a horror film. The science behind bathing while menstruating simply isn’t talked about enough — resulting in all of us being pretty nervous when taking our first bath.

In actual fact, bathing is a great idea if you’re on your period. As well as keeping fresh and clean down there, a warm bath helps to alleviate painful period cramps and ease any muscle tension. You don’t have to worry about “turning the water red”, as the pressure of the water looks after that bit (it won’t stop your flow entirely, but enough for you to have a relaxing bath). And it definitely won’t impact your fertility!

4.  If you swim while on your period, you will attract sharks
(ditto camping and bears)

This is definitely one on the sillier end of the period myth spectrum. It’s a classic that has circulated for a while: that menstruating women attract wild animals with their period blood, making them more susceptible to animal attacks.

Depending on the variation of this rumor — and the country you live in — periods are thought to attract sharks, bears, wolves and lions. What a combination.

Time to debunk this myth: period blood does not attract hungry, wild animals.

Let’s start with sharks. Aside from their reputation as deadly killers, they’re also famed for their impressively acute sense of smell. While this is factually correct, sharks don’t have noses anywhere near as good as we give them credit for. Otherwise, they would be swimming around the ocean in a constant state of confusion from their own sensory overload.

The shark-attack period myth also assumes that female swimmers will be losing large amounts of blood while they swim. Firstly, periods don’t really work like this. Secondly, as we’ve established already, water pressure stops this from happening — and that’s even without the use of tampons. Basically, this is not a thing.

The same can be said for all other forms of predatory animals: they will not sniff out and eat women on their periods.

5.  Exercising while on your period is bad for you

This is a widely-believed myth: that exercise while you are menstruating is bad for you.

This exercise stretches across the lands; in Mexico, it is believed that women should avoid dancing to very active rhythms because it could damage their uterus. In Brazil, even walking barefoot is a risk because it could cause cramps!

For some reason, people think that periods leave women weak, dizzy and completely unable to do sports — and go further to say to exercise will actually be detrimental to our health.

This isn’t true. In fact, doing exercise can help to alleviate period symptoms such as bloating, menstrual cramps and muscle tension. This is because it increases the flow of blood around your body, getting much-needed oxygen to your muscles and helping to relieve aches and pains.

The type of exercise you do is up to you: it can be high-impact like running, or a more gentle sport like swimming or yoga.

Some women avoid exercising during their period because they’re worried about leaking. However, there are plenty of ways to stay protected and avoid embarrassing moments. If you’re worried that a tampon might leak, or a pad might slip, you can try period pants like the ones from Knix. Their period underwear is leakproof and super absorbent so that you can exercise away without any worries.

6.  If you touch food while on your period, it will spoil

There are all sorts of different variations on the “touching food while on your period” myths from countries all across the world. The most widely-held and age-old belief across various cultures is that fruit and vegetables will go rotten or spoil if touched by a menstruating woman. However, there are many, many more that are region-specific.

In traditional Japanese culture, women cannot become sushi chefs because menstruation is thought to give them an imbalance in taste. As sushi is a delicate art which relies on a steady sense of taste, women aren’t seen to be able to be successful.

The Italian equivalent is that dough will not rise if you try to make bread while on your period. One you may not have heard of yet is an old French (and French colonies) period myth: that mayonnaise will curdle if made by a menstruating woman. Wow.

In India, it is believed that a woman shouldn’t cook food or even enter a kitchen while she is on her period.

This all essentially comes back to the “unclean” idea of the menstruating woman. Periods are thought to be dirty; women with periods are unclean and will contaminate everything they touch.

Of course, this is categorically untrue — no food has ever been hurt by a period.

Fortunately, for most of us living in Western cultures such as the US, ridiculous period myths like the ones above have all be debunked.

However, for women in some cultures and communities, period myths can dramatically impact their lives. Hopefully, we can work to break down the mistruths and rumors that surround menstruation, educating future generations so that eventually, negative cultural traditions connected to periods die out.

Related Articles
We will be happy to hear your thoughts